Global growth suffered a setback in the first quarter of 2014, not least due to adverse weather conditions in the United States (US), slower growth in China, geopolitical tensions and a fairly widespread deceleration in activity among emerging-market economies. Sustained robust increases in employment in the US suggested that the setback to growth in the world’s largest economy was temporary and that a renewed recovery was imminent. Policy interest rates in the advanced economies remained exceptionally low and inflation subdued, as the avoidance of deflation continued to be a priority. In the emerging-market economies inflation rates were generally higher but well contained during the period under review, with a wider dispersion of policy interest rate settings than in the advanced economies. 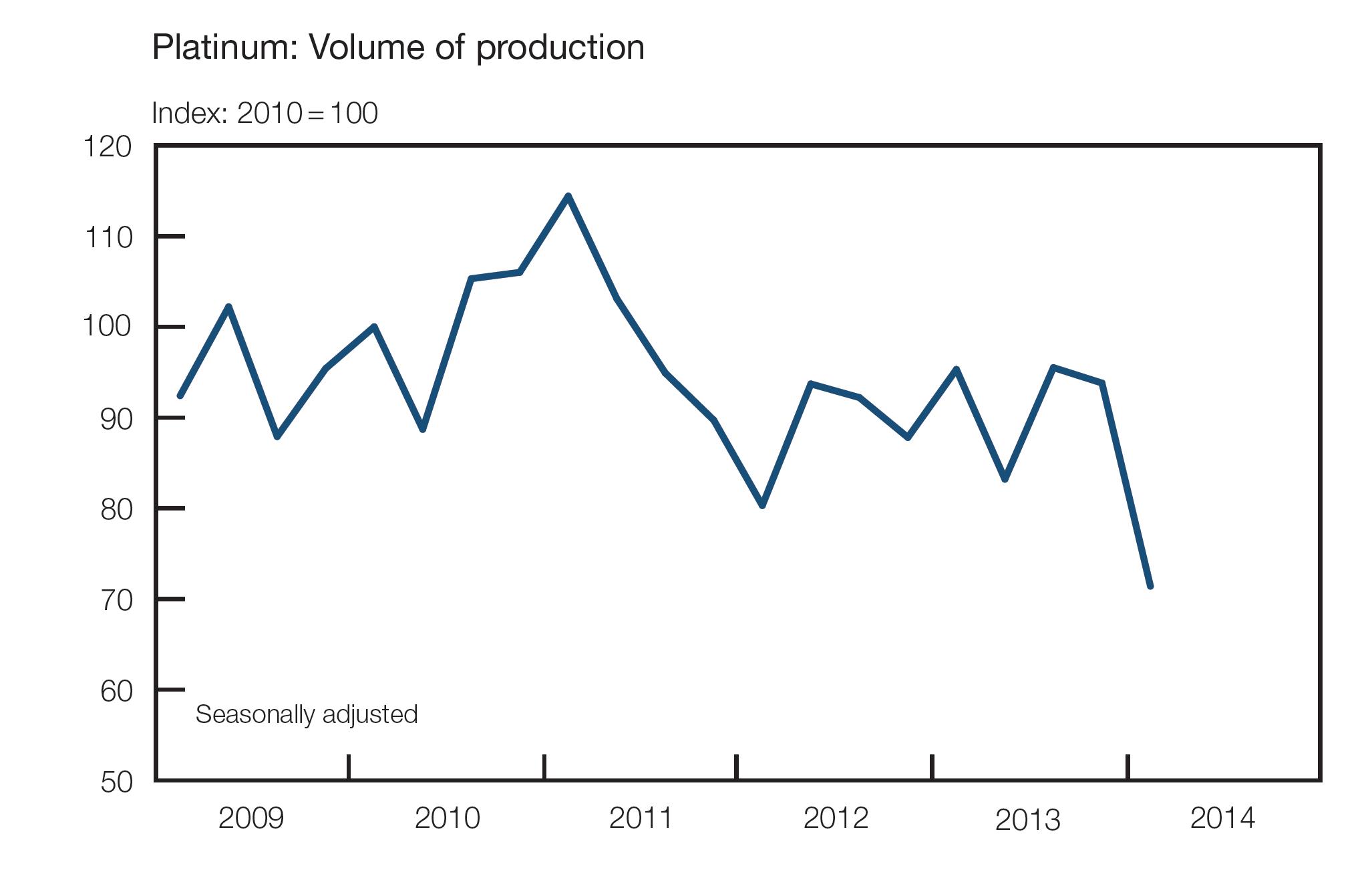 Growth in real gross domestic expenditure picked up in the first quarter of 2014, benefiting primarily from a slower pace of inventory de-accumulation than in the final quarter of 2013. All components of domestic final demand, however, grew at a somewhat slower pace over the period.

Real consumption expenditure by households rose at a slower pace in the first quarter of 2014 as growth in spending on consumer durables decelerated considerably and real expenditure on non-durable goods such as food and fuel recorded a rare contraction, probably related to the disruption to income arising from industrial action and the high prices of the items concerned. While household debt as a percentage of disposable income edged lower in the first quarter of 2014, the higher lending rates which became effective during the quarter concerned were reflected in a marginally higher debt-service cost ratio.

Growth in real final consumption expenditure by general government moderated somewhat in the first quarter of 2014, as a contraction in real outlays on non-wage goods and services was registered, while real compensation of government employees continued to rise.

The seasonally adjusted unemployment rate increased marginally to 25,0 per cent in the first quarter of 2014. Discouragingly, job creation in the domestic economy slowed notably for the second successive year as enterprise-surveyed employment outside the agricultural sector showed virtually no gains in the fourth quarter of 2013. Nominal remuneration per worker rose by more than the concurrent rate of inflation in the year to the fourth quarter of 2013 on account of an acceleration in remuneration growth in the public sector. Allowing for productivity changes, however, year-on-year growth in nominal unit labour cost remained below 6 per cent over the same period.

Inflationary pressures have intensified in recent months. Headline consumer price inflation breached the upper limit of the inflation target range in April 2014 as petrol and food price inflation quickened notably, coupled with the lagged emergence of broader exchange rate pass-through to consumer and producer prices. Upside risk to the domestic inflation outlook remained high, emanating from potentially higher food price inflation and the possibility of an acceleration in underlying inflationary pressures due to a broadening in exchange rate pass-through. The exchange rate of the rand remained vulnerable to international developments and domestic idiosyncratic factors, including prolonged industrial action and  electricity supply constraints.

Despite the subdued domestic economic conditions, the value of merchandise imports increased firmly in the first quarter of 2014, offsetting a more moderate increase in export proceeds. The subsequent widening of South Africa’s trade deficit was, however, more than neutralised by lower net service, income and current transfer payments to the rest of the world as dividend receipts from non-resident companies quickened, culminating in a narrower deficit on the current account of 4,5 per cent of gross domestic product in the first quarter of 2014.

The net inward movement of foreign capital through the financial account of the balance of payments increased further in the first quarter of 2014. Net capital inflows were recorded in all investment categories, although the flows were most prominent in the category for other investment.

In the first four months of 2014 growth in bank credit extended to the private sector recovered somewhat, notwithstanding the lacklustre conditions in the real economy. The acceleration manifested itself in lending to the corporate sector which was supported, inter alia, by increased demand for trade finance as the weaker exchange value of the rand raised the rand value of imports, exports and inventory holdings; by activity related to renewable energy projects; and by the funding of expansion, especially into Africa. By contrast, growth in loans and advances to the household sector ran out of steam against the background of persistent over-indebtedness of numerous households, loss of income directly and indirectly related to industrial action, and a further deceleration in consumption expenditure by households.

Domestic bond market yields, which rose in January 2014 as the ongoing effects of tapering by the US Federal Reserve were reinforced by the depreciation in the exchange value of the rand and the release of higher-than-expected inflation data, moderated in the subsequent period to May as global investor confidence towards debt instruments started to improve. Share prices fluctuated higher to record levels with the All-Share Price Index on the local exchange rising above 50 000 index points in early June 2014. Positive wealth effects were also reinforced by further increases in house prices, albeit at a moderate pace.

The general government incurred a smaller deficit in fiscal 2013/14 as it maintained firm control over expenditure, but the financial shortfall of the non-financial public enterprises and corporations widened quite substantially as these institutions increased their infrastructure investment. As a result, the non-financial public-sector borrowing requirement widened moderately in the past fiscal year.

Having raised the repurchase rate from 5,0 to 5,5 per cent in January 2014 in order to moderate inflationary pressures, the Monetary Policy Committee kept the repurchase rate unchanged at its meetings in March and May 2014, mindful of the challenging global economic environment and the need to nurture the fragile domestic economic recovery while containing the risk of inflation.